Alison and I had the distinct pleasure to attend the Oldchella concert in Palm Springs this past weekend. The performers included the Rolling Stones and Bob Dylan (Friday), Paul McCartney and Neil Young (Saturday) and Roger Waters and The Who (Sunday). We attended all but the Waters concert.

The venue was a gigantic open field. I estimate the distance between the stage and the furthest viewer was over a ¼ of a mile. Huge screens were critical to most of the audience who either sat in grandstands to the left and right of the stage and those who were a long distance from the performers.

The sound system was extraordinary. The voices of the singers were crisp and easy to hear in spite of the hard rock melodies that accompanied them. Residents in the area could hear the concert music a few miles away, we were told.

The staging  was really great. As mentioned the screens behind the performers were essential. It would have been preferable if the performance areas were higher above the ground level to facilitate viewing by those closer to the stage.

One of the most interesting aspects of the concert was the sheer number of people who attended. Most estimates were about 85,000 each night. Keep in mind that the same concert schedule occurred the previous weekend, so the total the number of viewers for both schedules easily exceeded a half million. Not quite Woodstock, but a huge number nevertheless especially considering the average age of the audience (about 50+).

The opportunity to perform before so many people is rarely something these bands experience, with the exception of the Stones. So each group was blown away by the size of the audience and communicated it regularly during their performances.

I heard from a very good source that the payoffs for the bands were $7 million each weekend (plus room and board and alcohol) for the top billed acts (The Stones, McCartney and Waters) and $5 million for the other three (Dylan, Neil Young and The Who). The payoff for the promoters was purported to be astronomical. You can do the math: 85,000 times the average ticket plus all the vendors and advertiser income.

The real question is how did the bands perform? I would say that the five we witnessed were terrific. But here is a more detailed assessment of each performance.

Bob Dylan, the brand new Nobel Laureate. It really doesn’t matter in the grater scheme of things whether Dylan was on his game or not. He deserved to be in the company of the other rock superstars. His music is more than iconic. The power of his lyrics, especially in the context of all the strife in the 60s, is overwhelming and memorable for those of us who lived through those trying times. Dylan was in tune with the events of his youth and his words still resonate for his 60 and 70 year old fans.

That’s the good news. The bad news is that Dylan eschews the camera. This isn’t a new perspective. He forbids any recording of his face while performing (strange?). He looks like an old man, but so did a vast number of people in the audience. During every song he faced away from the cameras so 90% or more of the viewers who depended on the seeing him on the big screens only saw his back. But like I said the guy’s got a Nobel Prize. Substance of performance: A+, Execution: C.

The Rolling Stones followed Dylan. I’ve attended about eight or so Stones concerts dating back to 1969. I’ve seen Jagger at his best, and on automatic pilot. In recent concerts it appeared that Keith Richards had become the leader of the band.

Not at Oldchella. Jagger was on it. He sang, danced, cajoled the audience and everybody went crazy. The Stones were at their all-time best. For me Gimme Shelter was the high point (see a clip of it below). Substance: A+, Execution: A.

Neil Young went first on Saturday. I really like Young, but my expectations were not that high, frankly. I thought he might be too subdued for this venue. Wrong. Young started out accoustically with all his “peace and war” songs, and then found his true root as the rocker and a great guitarist he is. Young superseded everyone’s predictions, and he connected fabulously with the audience. Substance: B+, Execution A.

Paul McCartney has matured over the years. I was not his biggest fan in the early years and believed John Lennon was the mainstay of the Beatles. I’ve been converted. The set was  professional, memorable and exciting. I absolutely loved it. I knew almost every song and could sing the words of many (or at least the chorus lines). Live and Let Die stood out and  crowd went berserk during the tune. McCartney’s staging was terrific. Substance: A, Execution A.

The Who finished up a 2-year “50th Anniversary Tour” the night they performed. Peter Townsend seemed particularly moved by his own longevity, the band he loved, the music he plays and all the loving fans. Daltry and Townsend looked their age.

Having said that, they blew the roof off the place. Real blood and guts rock and roll. The set had all their great songs and was a trip down memory lane for me. All the greatness offset some high notes that were not attainable. Somehow Townsend cut his head during the performance (look for it in the clip below). I loved the act and so did every other person in attendance. Substance: A-, Performance: B.

As I said we missed Waters having already spend over 20 hours at the venue. We heard that his performance was exceptional.

It was a great weekend. The logistics were a pain in the ass. Ingress and egress was a challenge. The place was a complete dust bowl. Many of the old farts in attendance were trying to prove they were still cool and lit up weed which I found to be annoying. But the B.S. was no big deal considering the quality of the music.

Please enjoy the photos and clips of the concert below. They are anything but professional and taken with an IPhone.

Oldchella 2 is now under consideration. Here’s an article that speculates which bands might participate. If you plan to attend make plans early, accommodations are tough to come by, unless you drive your RV to Palm Springs. 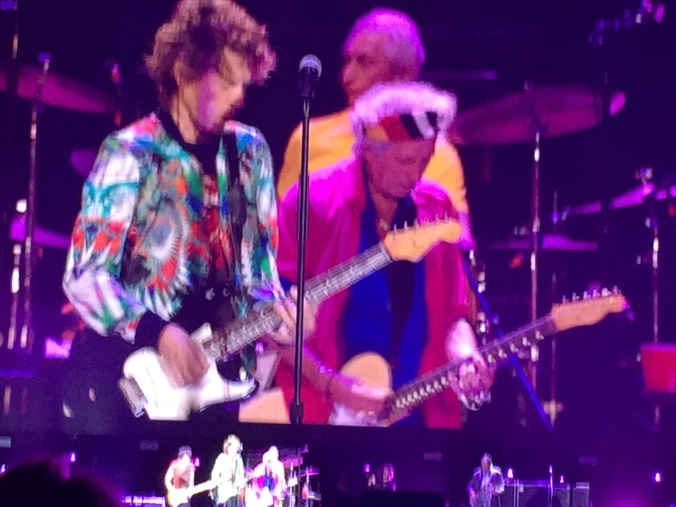 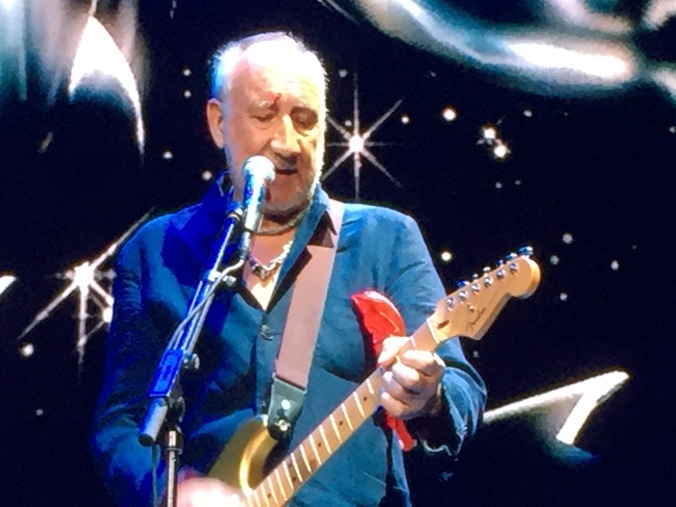 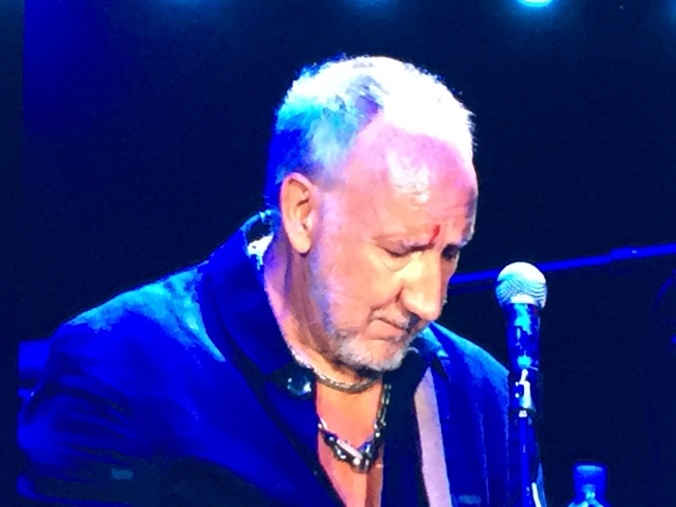